As part of the government’s education reforms, GCSE courses will start to change from September 2015.  In the first year, only English and maths GCSE will be changing.  In subsequent years more subjects will be reformed.

The main principles of the reform are as follows:

There will also be content changes in many subjects, for example the requirement that all students study a nineteenth century novel in English, and other assessment changes such as a greater focus on spelling, punctuation and grammar in the awarding of marks.  Further details of changes in individual subjects are included in our Curriculum Guide as soon as they are available. 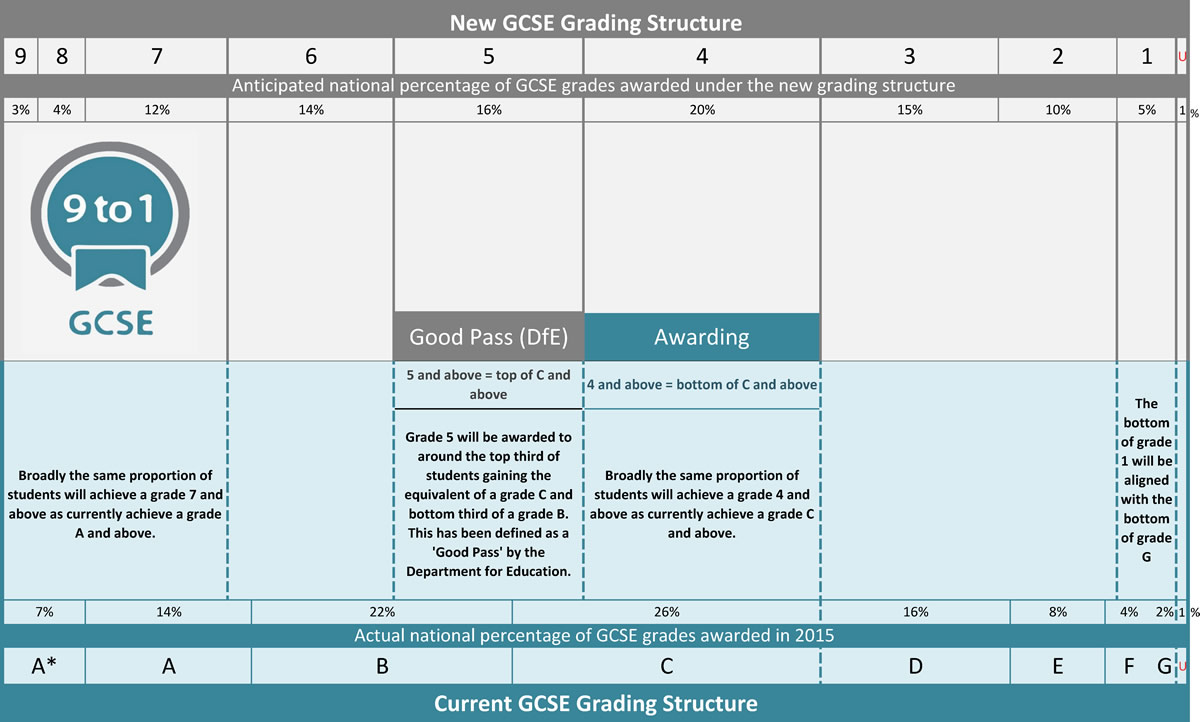 Homework must be set on the days indicated on this timetable every week.

Student timetables will indicate which subject is in the relevant block e.g. 11/Ar is art in block C.